Happy weekend, Snippetteers! Welcome to another teaser from my new FREE release, What’s Up, Pussycat? It’s approaching 6am here in the UK and when I was checking Facebook I noticed the thread is up early this week, so I thought I’d get off to an early start too.

If you’re new to Rainbow Snippets, this is the place where authors post links to 6-line teasers from WIPs, published works, or recommendations of LGBTQIA stories. Check out the group HERE.

This one follows on from last week, where Finley runs from rehearsal after he messes up, and Karl finds him crying. Clearly Finley isn’t ready to just forget Karl’s previous obnoxious attitude.

“What do you want?” I croaked. “Can’t you leave me alone for two minutes?”

“They’re all waiting for you. Maurice wants you to give the dance another go.”

“Yeah, I’m sure he does. I’m sure he’s waiting to tell me to go home and forget this stupid idea of being on the stage.” I jerked my hands free and dabbed carefully at my cheeks.

“What happened out there?” Karl asked.

“I fucked up, or hadn’t you noticed? I’m surprised you’ve nothing to say about it.” I adopted his usual taunting tone. “Whoever heard of a cat falling over its own feet? Golly, Mummy and Daddy will be so disappointed.”

Karl’s face fell and he lowered his bright green eyes.

“Cat got your tongue?” I sneered.

“I’m sorry.” He looked up again. “I mean it. I know I go too far sometimes. I only joke around, but I think everyone sees me as the clown and just laughs at the stuff I say. I’m sorry if I’ve said things that upset you.” 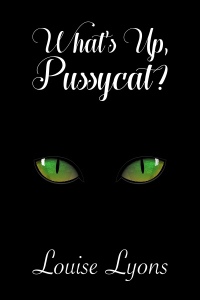 Finley Harrington despairs of ever being able to move on after the death of Andrew, the love of his life. When he spots an advertisement for auditions for Cats, the last musical Andrew performed in, Finley acts on the spur of the moment and calls for an appointment to audition.

Much to Fin’s surprise, he gets the part he hopes for, but during his struggles with stage-fright, and the teasing of a fellow actor, Karl Rogers, he wonders if he’s made a huge mistake. But Karl’s irritating persona hides a different person inside, and when Fin gets to know him, he develops a surprising attraction to him.

Could Karl be the person to help Fin move on from the past, or is he destined to remain alone?